Build A Foundation For A Lifetime Of Fitness

The basis for a child’s future habits are built earlier than you’d think. Martial arts training can help a child not only build a foundation for future fitness, but also improve their discipline, courtesy for others, respect, and self-control. Our kids karate classes at our Stuart dojo are designed for ages 7 to13 and provide them with all-around growth opportunities, not just as martial artists, but as people. If your child is interested in self-defense, choose the dojo that will teach them how to be better people in the process. Sign up for classes at Grandmaster Amy Reed’s Black Belt Academy! 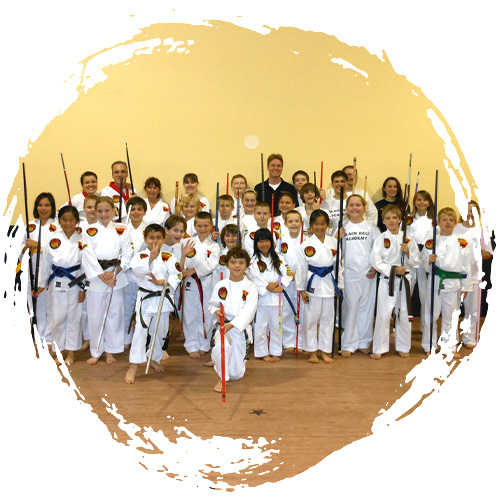 New students can also come to any of our beginner or mixed Karate Kids classes at Grandmaster Amy Reed’s Black Belt Academy.

We believe fitness and health start at home, which is why we’re proud to offer family discounts on all of our memberships at Grandmaster Amy Reed’s Black Belt Academy! Enjoy 25% off the price of enrollment for a second family member to join, and 50% off for each additional family member!

The Values We Teach

The physical combat is the flashy part of martial arts, but the most important part of development for martial artists is the character it requires to achieve such growth. At Grandmaster Amy Reed’s Black Belt Academy, we instill the values of courtesy, respect, confidence, and perseverance in our students so that they develop the natural resolve to continue getting off the mat and training no matter how many times they fall. We believe it’s vital to our students’ safety and success that they be taught not only how to defend themselves, but also why self-defense is necessary, and how to de-escalate situations to avoid physical confrontation altogether.

Martial arts training is incredibly valuable for character development specifically because the skills it takes to become a master can be applied to achieve success in other facets of life, as well. Several of the children and young adults who have trained in our program have gone on to also achieve academic success using the discipline and perseverance they’ve developed at our dojo. In our programs, the mind is developed along with the body to form not only capable martial artists, but capable people. 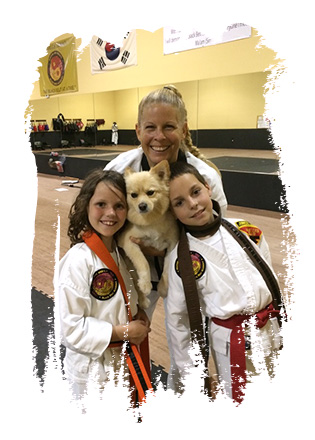 STILL NOT SURE? CLICK THE BUTTON BELOW FOR A FREE KIDS’ KARATE CLASS

ACHIEVEMENT STRIPES:
Karate Kids receive achievement stripes on their karate belts. These stripes are placed on the left side of the belt and are awarded for repeated demonstration of the life skills we teach during the classes (courtesy, respect, honor, honesty, compassion, goal setting, etc.). Straight A report cards and excellence in their Taekwondo classes also will allow them to earn an achievement stripe accordingly. Karate Kids who earn three achievement stripes get to select a prize out of the achievement box.

Award Patches: Special patches are awarded for demonstration of excellence in self-defense techniques, skill levels, and character attributes, such as honor, courage, respect, and self control. Patches are displayed on the student uniform.

Students may test five times per year at our martial arts school to advance in belt level. Belts are EARNED, not given. Students must demonstrate material to passing level before being given permission to test for the next belt level at our graduation promotional testings. Graduation ceremonies are held on-site, and parents and friends are invited to come and watch their child demonstrate their skills at the testing